Here are 10 symptoms of Sovietism. Ask yourself whether we are headed down this same road to perdition.

1) There was no escape from ideological indoctrination—anywhere.

2) The Soviets fused their press with the government.

3) The Soviets surveillance state enlisted apparatchiks and lackeys to ferret out dissidents.

4) The Soviets educational system sought not to enlighten, but to indoctrinate in proper government-approved thoughts.

5) The official Soviets was run by a pampered elite, exempt from the ramifications of its own radical socialist ideologies.

6) The Soviets mastered the rewriting and airbrushing away of history to fabricate present reality.

7) The Soviets created a climate of fear and rewarded stool pigeons to root and rat out all potential enemies of the people.

8) Soviets law, state prosecutors, and courts were weaponized according to ideology.

9) The Soviets doled out prizes on the basis of correct Soviet thought.

10) The Soviets offered no apologies for extinguishing freedom. Instead, they boasted they were advocates of equity, champions of the underclass, enemies of privilege, and therefore could terminate anyone or anything they pleased.

Someone please explain how that is different from the current Democratic Party.

Exchange Woke and Woke-ist for Soviet. They are exactly the same. 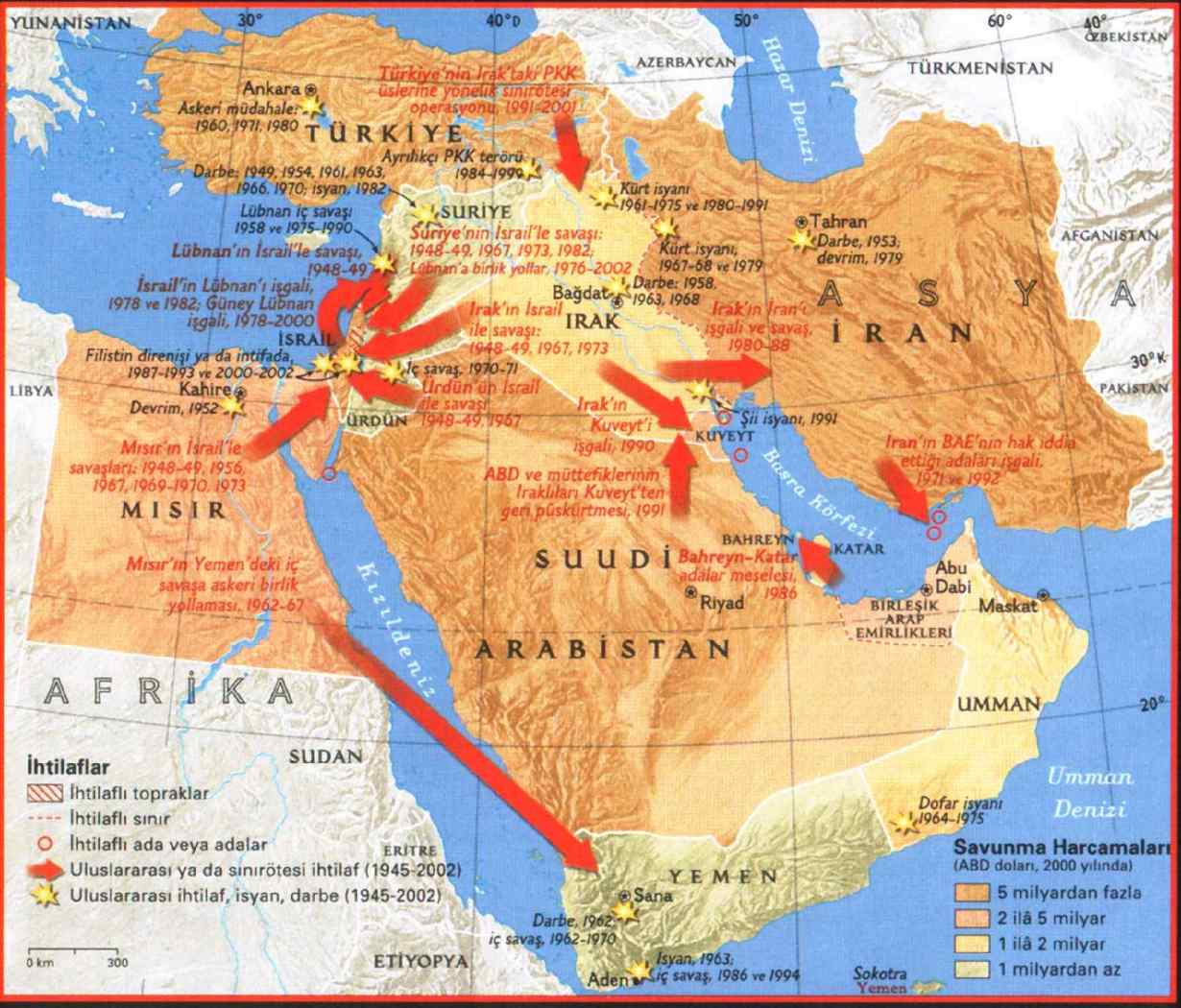 Actually, that Reformation has already began and is ongoing. Except that Islam is going from a slumbering megalith to an extremist controlled ideology.

Islam began a long sleep sometime in the 1700-1800 era. It went near comatose after the fall of the Ottoman Empire. Two things occurred to awaken Islam:
1. (a) The Brits made a deal with the devil and helped to create Saudi Arabia and (b) FDR made the Wahhabist scum a US protectorate in exchange for oil making Saudi Arabia one of the richest shit pot nations on the planet.
2. (a) Israel declared Independence in 1948 and (b) whipped Arab Muslim ass in 1967.
Since those two dates, Islam has slowly awakened.
That “Great Awakening” was quickened during the Soviet Afghan war when we, the US, brought Saudi Arabia into the mix and gave the Paki ISI the go to give monies to whom they would. The Pakis and Saudis funded the most extremist elements of the Afghan combatants.
The US said…Oh, we’ll just let things run their course after the Soviet hightailed it out of Afghanistan. Things ran their course. The Saudi Wahhabists built mosques and madrassahs all along the FATA and NWFP. They took in war orphans. The Paki ISIS needed a hedge against India and, just in case, Iran.
Thus was born the Taliban.
Prior to all of this, you have the US educated Qutb who created the Muslim Brotherhood. The Muzzie Bro’hood spawned every extremist group on the Sunni side.
Iran’s great Shi’a Revolution? You can thank Allen and JD for that. Oh…there was a Roosevelt in that mix as well. 26 years later…BOOM! The Iranian Shi’a Revolution brings the nutjob Khomeini to power thanks to a pacifist doofus named Jimmy.
The seeds to all of this were planted by US shortsightedness and ignorance of the Middle East, its people and culture as well as the megalomaniacal hubris of Post World War II America .  Americans are “exceptional” and, therefore, can’t be bothered with history or culture or anything that might call into question our exceptional lack of foresight.
We’re genius like that.
I reckon the MCIC knew that the Soviets would fall eventually and needed some reason to keep hysteria rockin’ and rollin’ in the free world. 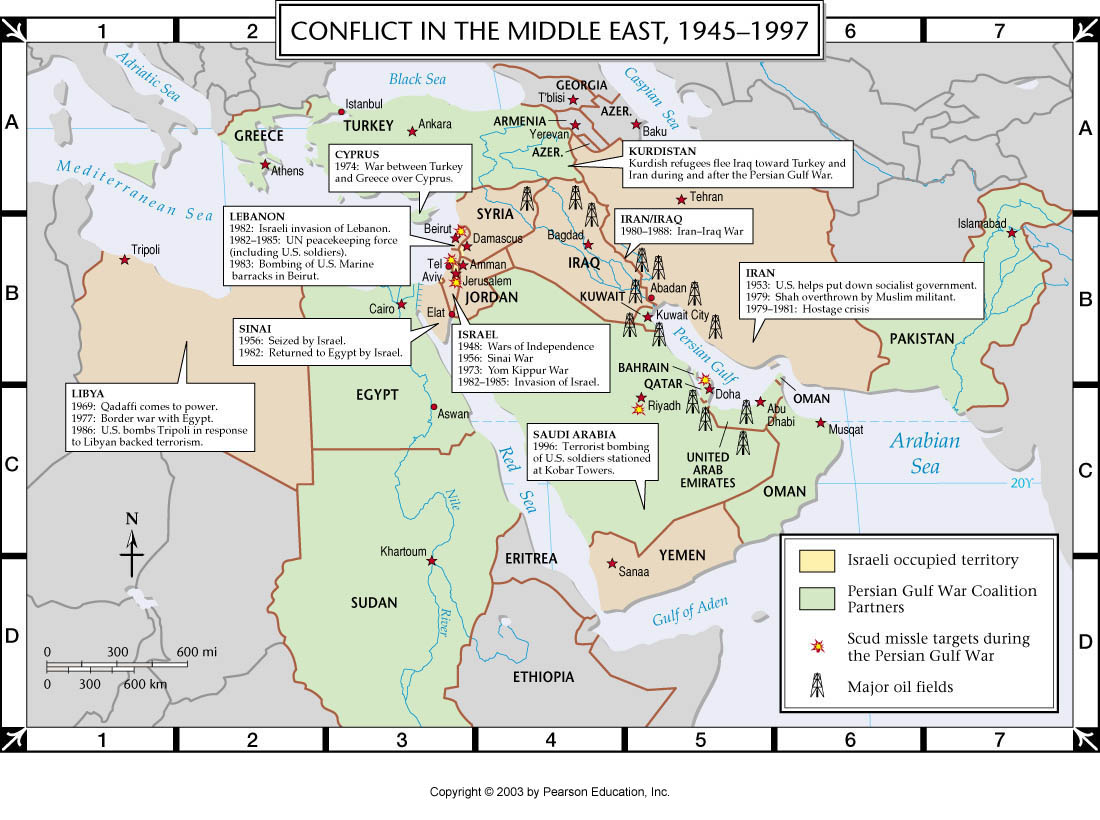 Conflict in the Middle East predates Islam by thousands of years. This region is a crossroads of history. Traditions of hate, violence and war date back to before the Greeks and Persians to the earliest stories of the pre-Phoenician peoples. Expecting “Peace in the Middle East” One may as well search  for the burial place of Genghis Khan. Find one; you may find the other.

None of this is to say that the United States or Britain is to blame for Islamic Extremism. Islam was born in blood. It will die in blood. Islam was spread via conquest. Muslims and Liberals love to deny this. However, the Islamic Empire spread from Medina to Andalusia (Spain) in an amazingly short period of time. None of these territories invited Mohammad, Abu Bakr or Uthman into their lands. Islam did not quietly knock and ask for admittance. Islam rode at the head of a world devouring empire. People “submitted” to Allah not because they suddenly saw the light. They converted or “reverted” because it was the prudent thing to do. If you were given the choice between conversion, death or high taxes and second/third class citizenship in your own lands, most would choose to convert.

Islam is a violent Abrahamic religion. All three of the religions spawned by Abraham are violent and full of blood lust — Xtianity, Judaism and Islam.

The Extremist Muslims are following the path of previous Muslims including that of Mohammad. Denial of this is denial of historic reality.

Islam is violent. It also knows peace. However, like Xtianity, the majority of the religions is about purifying the world and making it ready for God/Allah via force.

Same God, same violence, same hatred for the non-believer. Muslims choose which path to follow. Those who choose violence choose that path regardless of outside influence. They would choose that path even if the US and Britain had never existed as neither existed when the Islamic Empire first invaded Europe, Africa and Asia. 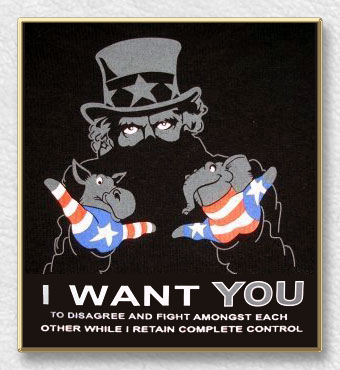 What person who has lived a life and made mistakes could run for office and win? Why would any sane person wish to have his or her personal life flayed and left open for the criticism of hypocrites.

While Clinton was being Impeached for sexing up the fat girl, it was revealed that Henry Hyde had had an affair in similar manner at the same age as Bill Clinton. When asked about it, Hyde responded something to the effect that it had occurred when he was a young man and didn’t know better.

I lost my appetite for many politicians…hell, for most politicians in the Clinton Era. They lied, schemed and generally did the opposite of that which was good for America in the name of party politics.

The only proof of corruption needed is to look at the Oil and Health Industries.

The American “health” industry is disgusting. It’s a death cult. Profit as much as possible from poor health and death. No one in the health industry are interested in saving lives. They’re only interested in profits. They’ll give you a pill for 500USD a month that could be had in Canada for 500CAD a year.

The tech is here to move away from the petroleum industry that has sucked us into the Middle east and it’s interminable wars. Yet, in order for America to remain the global police, we push oil and refuse to reach for other energy tech. We export oil. Yet, somehow we find it wise to import oil from our enemies in the Gulf and countries such as Venezuela. How does this make sense.

We meddle and intervene everywhere using “terrorism” as an excuse to spread terror. How does this make sense? Saudi Arabia is the epicenter of terrorism. The Nejd is the origin of the ideas behind the Muslim Brotherhood, al Qaeda, the taliban and every other extremist form of Islam excepting only the Iranians and their Hezbollah.

Yet, Saudi Arabia is our ally.

Most Muslim Extremists are either from the Nejd or were raised on the teachings of radicals in the Nejd.

Somehow, we can’t figure out that this is a problem. It’s as if there is some black liquid in our eyes with a lush green sheet acting as some kind of veil (or hijab not to be confused with Jihad!).

We created the Khmer Rouge in the same manner that we created ISIS and helped to create the Taliban. We even assisted in the rise of Ho Chi Minh and Mao through our stupidity.

And pls don’t get me started on the early days of the Soviet Union and how we propped up Stalin so that he could fight Hitler.

Almost every problem we have today finds American finger prints in it’s DNA.

But let’s talk about Obama and how idiotic he is.

And let’s call anyone who makes such statements a “blame America firster.”

Our economy is based on banks who use US foreign policy to rape local economies and gamble constantly. They can afford these gambles because the Fed and the US Gov’t will bail them out as they have done since 1907. The American tax payer is nothing more than a battery compartment for Banking regeneration in a post-fail economic recovery. It has been this way since the turn of the century.

But, we’ll all pretend that the President or Party in power actually matters.

(This is a rant I first posted to facebook…lol) 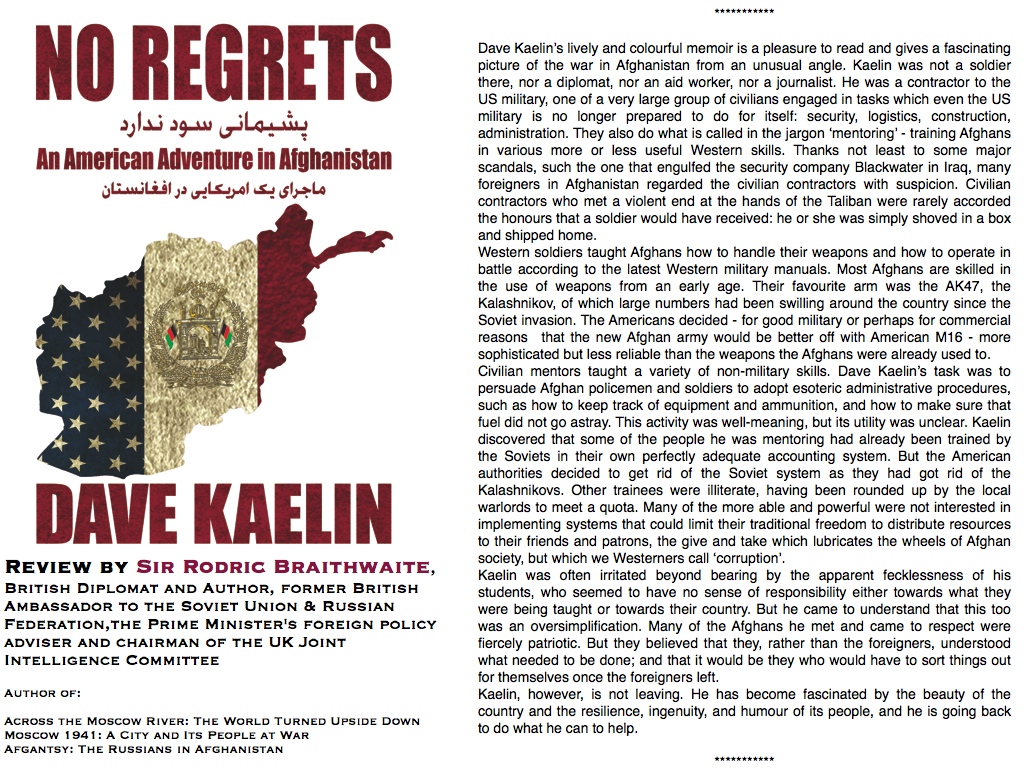 A month ago, I sent a copy of my book to Sir Rodric Braithwaite. Sir Rodric is a British Diplomat and Author. I had read his book Afghantsy about the Soviet Invasion of Afghanistan. About half way through, I noticed that much of the Soviet experienced mirrored our ( US) own.

I decided to send Sir Rodric a copy of my book and ask his opinion on my assumptions and observations. Sir Rodric received the book and immediately emailed me. We had been corresponding via email and I asked if he could write up short review of the book that I could post and send out to attempt to garner interest in the book.

Though he was busy with the Crimean Crisis, Sir Rodric was gracious enough to grant my request. The attached is the result.

Across the Moscow River: The World Turned Upside Down
Moscow 1941: A City and Its People at War
Afgantsy: The Russians in Afghanistan

Scenes like this are ubiquitous in Afghanistan.  Old shells of Soviet Armor and Trucks.  Every type of Soviet Equipment can be found out there.  Aircraft down at Bagram.  Personal and Crew Served Weapons of various sorts are everywhere.  Bridging equipment.  Soviet Armor and Personnel Carriers.  Soviet Mobile Kitchen Trailers.  Everything needed to field an invasion.  The Soviets left much behind when they hightailed their sorry asses back across the Amu Darya in ’88 or ’89.

Now it’s all rusting out on Afghan Bases, outside the Herat Airport and across the highways and byways of the country.