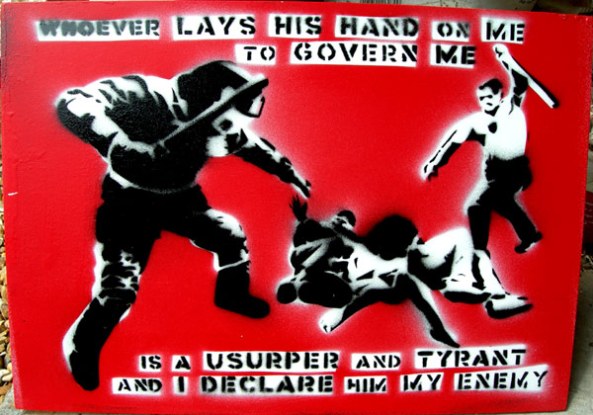 However, the average emotion focused Conservative American can only react with faux outrage instead of actually thinking through the complicated issues of the day.

That you have not taken the time to read about solutions is not the fault of those of us who have offered them.

Here are some solutions that I and others have proffered in the past:

1. Abolish the War on Drugs by legalizing marijuana first.

2. Require actual evidence from non-criminal elements before issuing arrest warrants or search warrants for the illegal raids on the citizens of the United States of America.

3. De-Militarize the Police. Get rid of the MRAPs. Get rid of the M203 Grenade Launchers which are illegal for use against civilians in the first place. A top to bottom evaluation of weapons, equipment and tactics of all departments to ensure that the weapons and equipment on hand is actually necessary and not simply nice to have Rambo wannabe redundancies and drains on resources. 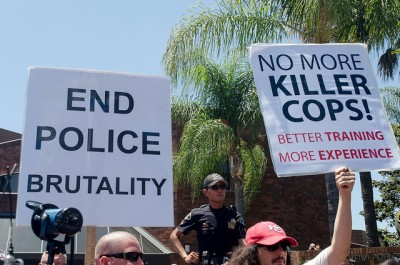 4. HALT all revenue enforcement and quota systems for “crimes.” No more speed ticket quotas for Cops. No more ticketing quotas. 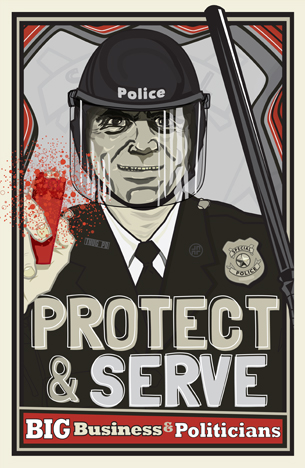 6. Ensure that Police are properly trained and halt the “shoot to kill” training. Police should not be trained to shoot to kill FIRST. Killing a citizen should be a last resort. It should not be a first resort. Pulling up to a mentally retarded teenager should not resort in a death within 11 seconds.

7. Police should be trained on the Bill of Rights. A man standing in a Mall waiting on his children should not be accosted by the Police for merely standing near a store and “looking suspect.” Police should be about the business of preventing criminality and arresting actual criminals. They should not be in the business of bullying citizens, tazing citizens for merely not answering their questions. Especially when a citizen has committed no crime.

8. Change the laws for “resisting arrest.” No citizen should ever be arrested for the sole crime of “resisting arrest.” This is a bullying and intimidation tactic used by Police against minorities and other citizens. If the only crime that can be charged is resisting arrest, it means that there was no crime in the first place and the police are merely being bullies by trumping up charges on citizens. This is not protecting and serving.

9. Hold Police, Prosecutors and Judges responsible for their verdicts and indictments. If an innocent citizen is jailed, there should be an investigation by an independent organization. If dereliction of duty, negligence or willful misconduct is found on the part of Police, Prosecutor or Judge, these persons should be fully investigated, indicted if necessary, tried if necessary and if found guilty sent to prison with extreme prejudice. The Police, Prosecutors and Judges are entrusted by the public to serve JUSTICE. Justice is not always served. We are finding more and more that innocent men and women are sent to prison and the prosecution and police know full well that these men and women are innocent. However, the Prosecutor’s statistics are based on findings of guilt. They are not looking to solve actual crimes. They are looking to find someone guilty. It matters not who is found guilty as long as someone is found guilty. Innocents serve decades in prison while the guilty roam free because the “Justice system” doesn’t take the time to actually do it’s job. They want a high conviction count. Who is convicted oftentimes does not matter.

This is a start. 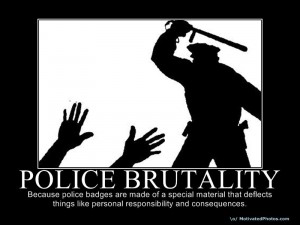 These issues have been broached, discussed, dissected and bandied about ad nauseum. Somehow folks miss these conversations and come around only to whine about people being big meanies to the Police and not offering solutions.

The solutions are out there. However, until citizens like you demand to be treated as actual citizens and not prisoners or parolees on the Great United States Prison system, there will be no change.

I get it. Folks who have family who are Police Officers or who want to be a Police Officer see all of this through and emotional lens. Every critique aimed at the Police is seen by these folks as a direct attack on their family member. That’s the wrong way to look at it. 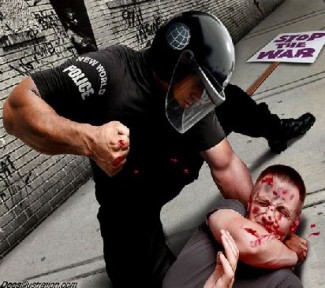 Citizens are being murdered on the streets by poorly trained police. Citizens are being murdered in their homes by poorly trained and overly aggressive SWAT teams. This doesn’t affect you. You don’t care. The only thing that you seem to care about is that your Father is a police officer and you are offended that people are saying anything other than “the police are the greatest in the world.”

The NYPD are America’s most celebrated Police Force. They have at least one major scandal every decade. In most decades, they have two or three major scandals.

Facts are incontrovertible. Ignore these things at your own peril. You are a citizen of the United States of America. The government is supposed to serve the Citizen. Because of people who look away from injustice, the rights of the US Citizen are eroding.

If interested in solutions or simply becoming aware of the issues, start with Andrew Napolitano and Radley Balko.  They have written excellent books on the subjects of the Constitution, the war on drugs, police militarization and other related matters.