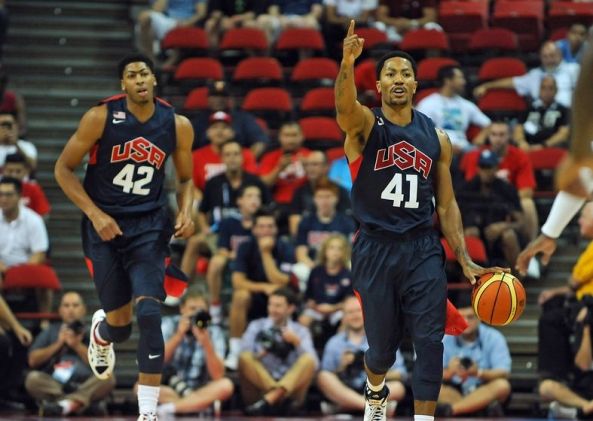 I’ve always been curious as to the difference between Bill Gates, Steve Jobs and millions of other human beings who stop short of graduation at Universities to fulfill their goals and pursue their dreams.

Perhaps, it’s because so many “One and Done” Basketball players are Black and Whitey in America can’t stand to see a Black human being shorting the byzantine “education” system which they themselves cannot short.

Seriously, though, why is it a “crime” for a person who wishes to pursue a career (albeit a short career) as a professional Basketball athlete to do so without obtaining a College Degree? What about Basketball requires a 4 year degree? Nothing that I can see. A more mind boggling aspect of this asinine argument is that most college degrees are worthless while pursuit of said worthless scrap of paper is creating more debt for Americans than home ownership. Yet, an athlete who has the opportunity to earn millions of dollars over a 3 to 15 year period is supposed to desire a college degree so much so that he (or she) delays earning said millions in order to obtain said worthless scrap of paper while putting himself at risk of injury and a loss of possible future earnings. Is that insane or am I not seeing some “big picture?”

Also, why is it not a viable course for these persons, if they should wish to acquire/earn a degree, that they not return to college AFTER they have finished their career as an NBA or other league professional athlete?

This seems to me to be naught but the “hating” of untalented people upon those persons blessed with the talents necessary to pursue the NBA profession.

No one seems to care all that much when Baseball athletes go to the league straight out of HS or two years out of College.

No one cared when Tiger Woods quit Stanford to pursue his goal of competing professionally at Golf.

No one cared/cares that Bill Gates didn’t finish at MIT. Same for Steve Jobs.

The only gnashing of teeth and faux concern seems to be for Basketball athletes.

This seems odd to me.

Then we have Calipari who is teaching/coaching/mentoring/advising some of these top kids on their way to their professional goals. In any other endeavor, Calipari would be seen in a positive light. Not so, though, because he is doing so with athletes who wish to pursue a goal of playing basketball in the NBA.

But…you guys go on gnashing your teeth, pulling out your hair, flagellating your backs and lamenting to the heavens the horrible sin of coaching young men and assisting those who wish to pursue the goal of reaching the NBA.

Cal has a fairly decent track record of placing these top recruits into the NBA. No other coach comes close.

But Cal is a villain for helping these guys reach their goals.

Only in White America is it possible to help folks and be vilified for having done so.

Why is a bad thing for the NBA to require some college for an entry level player? Nearly every other Profession requires some level/form of training/schooling/certification prior to considering applicants for hire.

If the NBA wishes for it’s prospective employees to have one year or two years of college, how is that any different.

Are Bill Gates and Steve Jobs Computer Geek Mercenaries? Are the people who exit college early to work for Google, Yahoo, Microsoft, etc mercenaries for hire?

If I were David Stern, I would work towards at least three years and I’d work out a deal with the NBA for the NBA Draft to be treated as an Internship.

Treat them in the same manner. That is the right thing to do.

This silly use of the terms “One and Done” and Mercenary is moronic. It’s infantile. The NCAA is the problem. Not the NBA. Why treat the NBA as if it’s a drug cartel? Why treat contact with the professionals who are involved in the Sports Profession as if they are drug dealers?

The traditionalists rant and rave that the “One and Done” rule is ruining College Basketball.  They complain that it has turned the NCAA into a minor league for the NBA.  This is exactly how Facebook, Google, Apple, Microsoft, the Supreme Court and Wall Street treat the University System.  Why is this bad for Athletes but good for Doctors and Lawyers and Money Market Managers and such?

Treat the NBA as the Profession and Business that it is. Problem solved. 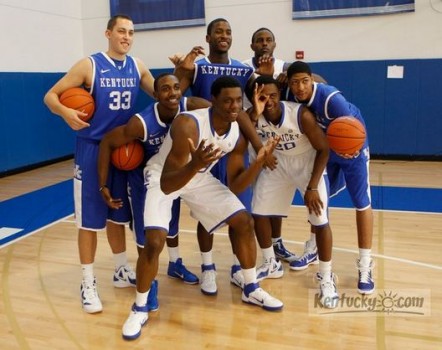 Understand, we don’t recruit a young player saying that there is no question he’s a one-and-one player. We don’t know! Are you telling me that we knew Eric Bledsoe had a chance out of high school to go in the first round after one year? If they tell you that, they’re lying. Those same people also said our three freshman starters from last season would leave after one year. Two came back because they wanted to win a national championship and the other one that left had a 4.0 grade-point average and 60 credit hours.

I tell every player that we recruit that I don’t have a magic wand. At the end of the year, we’ll see where everything is, we’ll give you the information, and you and your family make a choice to stay or come back. I would love to coach all of these guys for four years and have them earn a college degree in four years, but if they have an opportunity to reach their dreams, I will not be the person to hold them back, nor will I let anybody at this university or in my program do it.

I don’t see Cal pushing players out the door.  I see him evaluating their development and their potential earnings and advising them according to the possibilities inherent therein.

Knight maintained a high GPA throughout High School.  If memory serves, his mother was a teacher.  I doubt he’d have gotten away with slouching off on his studies with such being the case.

The One and Done System is self perpetuating.  In order to get the most talent players, Cal or any coach must exhibit the ability to get these kids to the next level in the most expeditious manner.  Holding them back or being unable to develop their games would be disadvantageous to  Kentucky and Calipari.

Cal misspoke only slightly when he made the statement that the Wall/Cuz/Bledsoe/Orton/PPat Draft Night was the greatest night in Kentucky History.  That night will and has lead to an ongoing influx of talent to Kentucky Basketball that should result in a National Title.  At least one National Title.

Cal does not have to pay players to come to UK.  The most talented, the more diligent and the more intelligent players will come to UK because they know that it is *THE* path to the next level and that hard work will pay off with a greater pay day than any booster could possibly offer them for a one or two year stay at some other school.

With that in mind, I wouldn’t be surprised to see Muhammad and Noel here next year.

The kids that want to play with the best and win are the kids that are going to come to Kentucky.  We’ve seen that in this last class.  These kids came together because they want to win.

Some of these kids will actually stay so as to increase their long term potential.  That is what the intelligent kids will take into consideration.  The selfish, impatient kids should go elsewhere and probably will be encouraged to do so.  Such has been the pattern that I’ve noticed since Calipari has joined the Kentucky family.

Calipari wants to win.  As Wooden and other Coaching Greats have made quite plain in book after book, talent wins.  Well prepared talent wins more.  Experience is good if a coach can get it, but, talent bests experience.  This team is proving that right now.