Yes. Being paid millions of dollars to play a game is exactly like slavery.

The New and Improved First Amendment to the Constitution of the United States of America:

Congress shall make no law respecting an establishment of religion, or prohibiting the free exercise thereof; or abridging the freedom of speech, or of the press; or the right of the people peaceably to assemble, and to petition the government for a redress of grievances…as long as the troublemakers assemble and redress said grievances in an acceptable place and at an acceptable time so as not to offend anyone’s sensibilities.

And no one should ever offend the Patriots who have never served the Nation in the Armed Forces by sitting or kneeling during the National Anthem or “misrespecting” the Stars and Bars.

Oh…and the Confederate Flags that flew over the State Capitals of the former and short lived losers of the War Between the States should not be considered offensive to anyone even though Jefferson Davis was a piece of shit loser who probably beat his wife and raped his slaves (boys and girls) for enjoyment. 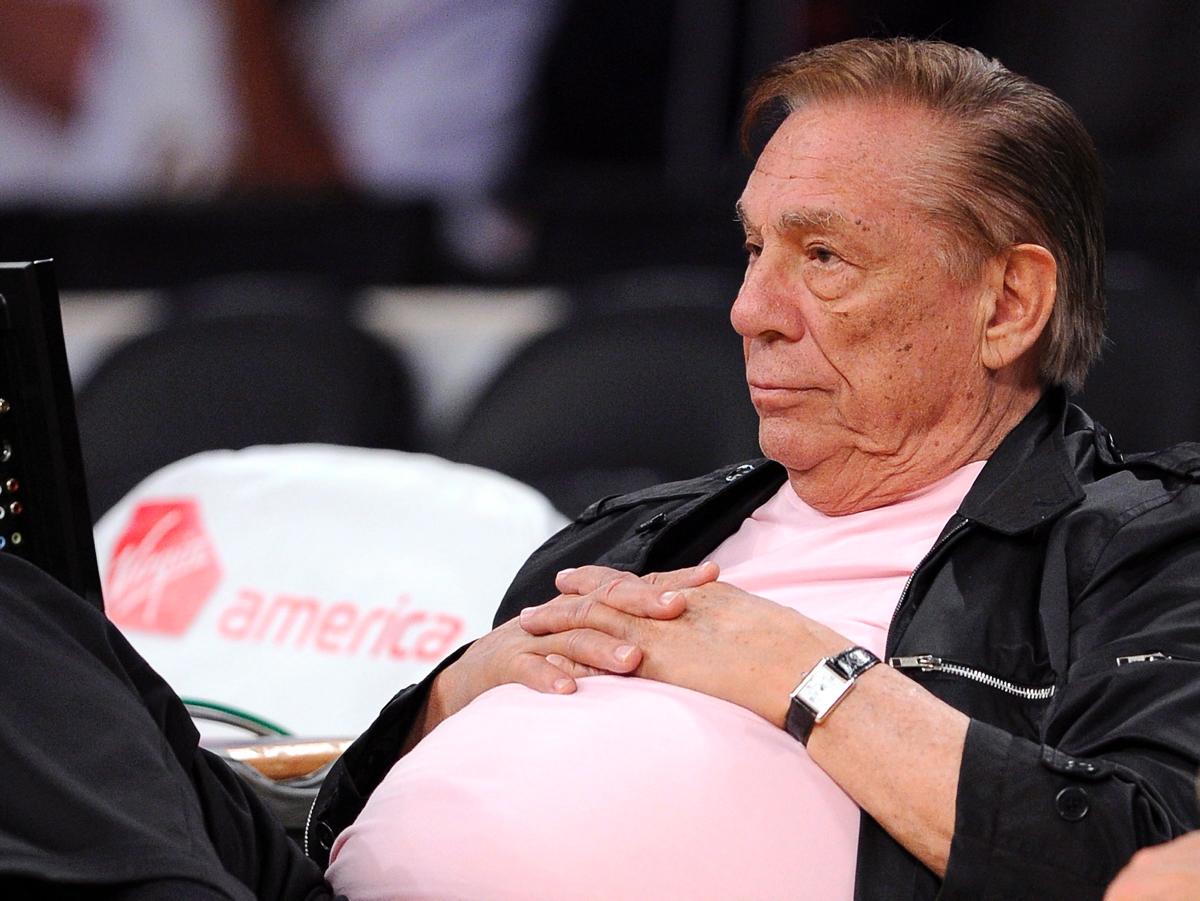 It is time to demand true and equal representation in all areas of life. With this in mind, it is time to boycott the NFL and the NBA. White, Asian, Native and Arab American Athletes are under represented in both of these institutions.

White Americans are a full 60% plus of the population of the United States of America. Yet, the White athletic population of the NBA and NFL fall far below this number and does not accurately reflect the citizenry of the US.

The NFL and NBA should be forced to accept less talented athletes on their teams in order that the teams shall make up a truly representational reflection of the population of the United States of America.

We cannot stand for the racist, elitism of the NFL and NBA. That Black American Athletes are more talented than White, Asian, Native and Arab Americans is meaningless. White, Asian, Native and Arab Americans deserve the “opportunity” to play for pay in the professional sports field as much as their more talented Black American counterparts.

Furthermore, State Universities should be mandated to award scholarships based n proper representation of the population of the Unite States of America. Therefore, College Scholarships for all Sports at State Universities and any University or College which accepts State or Federal funding should be held to strict statistical standards of population representation based on the demographic make up of the United States of America.

Anything short of this is pure bigotry and intolerable in a truly civilized society. 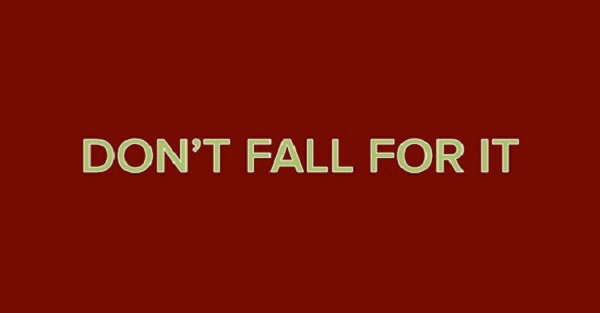 How in the hell did American Idol get on the NFL Super Bowl Pre-Game Show? Ryan Seacrest and the Red Carpet. What the hell is that? They gonna bring out Joan and Melissa Rivers next. And that gay dude from the Oscars. The Queer Eye for the Straight guy does the Super Bowl. I’m getting freaking nauseous. Can anyone say; “SELL OUT!!!” Paula Abdul!?! Randy whatever the hell his name is!?! I feel all girl-ified now. Is Super Bowl XLII sponsored by Revlon, Tampax and a resurgent Zima or what? I feel a strong need to go on a 25 mile road march after R. Lee Ermey shoots me in the leg and tells me to quit whining by smacking me on the back of the head and shouting; “shut the **** up and drive the hell on, B*TCH!”

As far as the game goes, I don’t think New York has a chance. I’m hoping it’s a good game and not one of those blowouts like New Englands ’85 Super Bowl effort. Pats, Giants: Entertain us! Giants do you part. I’m almost…ALMOST…hoping that Manning gets taken out somehow and the Big Fella gets in there and wins it for the Giants. I don’t think there’s a snowballs chance in hell of that happening. But it would be one hell of a game if it did. So here’s to the Hefty Lefty. Go J-Lo!

My teams are out. I’m a Titans fan. I follow the Dolphins as well. But they didn’t even make the playoffs. Miami was so terrible it took over half the season to win just one damn game. Hopefully, the fortunes of these two teams is turned around next year.

Since they couldn’t give me anything to cheer for on the field this year. I had to console myself by cheering for the cheerleaders. 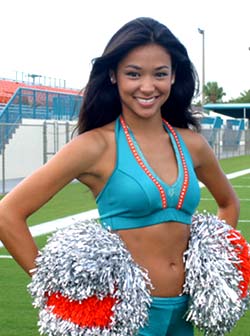 With Lindsey and Brenda on the sidelines, it wasn’t difficult to do.

And then there is Bibiana:

I gotta go with the Pats in this one. They’ve found a way to win no matter the challenge this year. They’re one of the best in NFL history. I’m not a Pats fan. But I’m not one of those morons who hates on the successes of others either.

So Haters. This one is for you. GO PATS! lol

They’ve got one hot cheerleader in Briana Li.

For this game only, I’m with her. lol