Exactly when and why would we go to war with China or Russia?

I, personally, cannot see it.

China is across a vast ocean. They have never desired a global hegemony. They do, however, desire a regional sphere of influence.

I don’t see why we would feel entitled to deny that to them.

China is wholly dependent upon the global market. We can defeat China without ever firing a shot. Deny them market access and access to oil. BOOM! They are a failed State. That’s not to say that they might not launch a few nukes at us on the way out the door. However, they’d be a little busy with local uprisings and breakaway provinces to worry overmuch about nuking the US or anyone else.

Russia has no interest in war with the US. Russia is also, demographically, dying out. Russia is no threat to the United States. They MAY be a threat to the Eastern Europeans. Debatable. Russia might eventually become a threat or be threatened by Iran or China.

Russia is not threat to the US. Neither is China.

Neither of these Nations could possibly invade the US. Russia’s Army is not large enough to both invade the US and defend the homeland. Russia no longer has millions of Russians to fight their wars. Population is precious to them in a way that it has never been.

China has millions of folks and a couple of millions in the military counting reserves and whatnot. China has no Navy. They won’t have a viable Navy for decades. They simply do not have the tech or expertise.

So, when exactly are we to go to war with either of these Nations.

A more likely scenario over the next 100 years is continuing Islamic violence that rolls over into Europe.

If we keep bringing unchecked immigration from those areas, we may have that problem as well.

Neither Mexico nor Canada has the will or the military to go to war with us.

No Nation within a 1,000 miles of the US is an existential threat to the United States. We do not need the world’s oil or the world’s products.

So, where is the need for these gargantuan forces to stave off the great invasion of the Chinese, Russian or…hell, I don’t know…Mongol Horde?

What great power is rising up within the next 50 years to invade the Continental United States?

America to the brink?

Russia is a ghost. It’s a boogie man being used by the Neo-Conlibs to scare dumb Americans into spending billions of mock threats.

China is the same.

These are boogie men.

The next threat will arise from elsewhere. For the foreseeable future, the only real “threat” to the US is Europe and/or Islamic freaks. If we pull out of Europe, they are no longer our problem.

If we pull out ofthe Middle East, they are no longer our problem.

There is, at this moment in time, no existential threat to the United States of America.

if we act foolishly, without wisdom, as the Hillary Clinton Wing of the GOP/DNC wishes, we may create that existential threat. Our stupidity may lead to our demise. 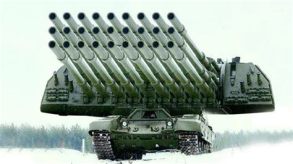 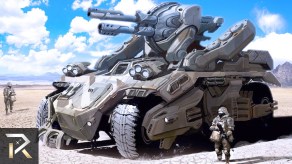