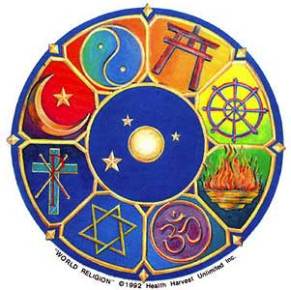 Is all human life inherently sacred and worthy? Why? What makes human life more sacred than a goat, a horse, an elephant or a sea urchin?

I’m not talking in a White Supremacist kind of way.  However, I know many people who hate others simply because of the color of their skin or because they are of a different religion.

Niggers, kikes, nips, chincs, ragheads, zips, spics are all humans.  Are they not?  If one did not know better one would believe that these groups were NOT human.  The people who use these labels certainly do not believe that these groups are human.  Else they’d not hate them so and would not be so willing to murder them.  Infidels are human?  Are they not?  If we are to believe that infidels, niggers, kikes, nips, chincs, zips, spics and rag heads are all human, then how can we cling to the belief that human life is sacred.  For these groups are murdered as if they have no worth across the world by their “fellow” humans.  How can a communist or a socialist lay claim to a belief that life is sacred.  The proponents of these to two political/economic beliefs are responsible for millions upon millions of human deaths.  How can a capitalist lay claim to a belief that human life is sacred when they create anarchy and wreak havoc upon humanity and the planet causing hundreds of thousands of deaths and untold suffering by destroying the planet’s resources.  Capitalists also exploit the weaknesses of humanity and humans themselves in their search for profit and higher stock prices.

We do nothing good for the planet. We are more or less parasites attached to and sucking at the teat of the planet.  We refuse to respect the planet.  Instead, we destroy the planet as we seek to profit from its natural resources.  This greed destroys the planet by slowing making it uninhabitable or, at the very least, less habitable.

What makes human life sacred?  A claim by books written by men in ancient times siting various Gods or versions of God as principle lawgiver?

I simply do not believe that life is sacred.

Judging by the prejudice of men and the wars we constantly and incautiously wage upon one another, life is not sacred.  We murder each other over greed, religion, skin color.  Yet, we attempt to claim enlightenment. We claim that life is sacred.  Our actions speak otherwise.  Any person who hates others based on their skin color, their work ethic, their religion cannot lay claim to the belief that life is sacred.  That is hypocrisy.

I suppose I should be like others who believe that all “niggers are worthless,call Obama a nigger, say that all Muslims should be killed, tell homosexuals that they can’t marry because THEY believe that homosexuality is wrong or perverted or because my belief labels them abominations (again, based upon a book).

We murder each other over these superficial differences and then claim that life is sacred.  Humanity is a plague upon the planet, upon nature and upon each other. Yet, life is inherently sacred.

When someone can explain the contradictions herein, I will believe that life is sacred rather than the phrase being a mere slogan created, like religion, to control and subvert the masses.

It is a lie.  Humans are mostly a blasphemy to the Gods and the books written at the behest of these supposed Gods.  We murder each other by the thousands and by the millions.  We create divisions in order to create fictional power over others.  Even in America, there is no true tolerance.  Tolerance is given lip service by the Left and the so-called Liberals and Progressives.  However, there is no true tolerance.

Tolerance is the game of the weak mind.  There is acceptance of differences or there is not.  To merely tolerate someone is not generosity or kindness or goodness.  Tolerance is merely a way of saying; “I dislike you, what you are and what you stand for but I’ll let you stay around until I show you the truth and you become like me.”

Yet, those who call life sacred do kill others over these differences and have done so since the beginning of the human race.  Yet, they claim that life is sacred.

Our voices speak to one “truth” while our actions speak to THE truth.

I don’t think that life is sacred. Individuals and even societies can make life sacred in accordance with their actions. Mostly, though, we give lip service to this concept that life is sacred. History has shown that it is naught but empty words. What occurred during the course of the 20th Century and what is occurring now in the nascent 21st that lends any credence to the belief that any of us truly believe that life is sacred.

Were all of these lives sacred? Whose life is sacred and who decides this? Me? The President of the United States? The Secretary General of the UN? The Mufti of Jerusalem? Adolf Hitler or Josef Stalin?

None of our political or economic creeds support this concept. Religions pay lip service to it. The UN Charter pays lip service to it but I dare say that Jewish life isn’t sacred to many who sit around the table of the UN.   Certainly not to a majority of the Muslims of the Middle East.  Islam does not find life sacred. It is more an honor to be shaheed than to be a law abiding lover of life and liberty.

Humans act for self preservation specifically and preservation of the species in general. We do so as individuals, though. Not as groups. As Civilization, we mostly murder each other in the name of humanity or religion or power or greed.

So it has been since the earliest records of our actions. So it will be until humans are no more.

I see no evidence that life is truly sacred to any but a handful of people who have no power to make the value universal.

Such is my belief.