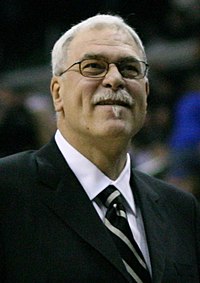 I, for one, give all credit for that to Billy Gillispie and Joe Crawford. Joe was drafted number 58 in the 2nd Round. It’s not guaranteed money. Historically speaking, the odds are against him making a roster. I gotta think that Joe will beat the odds. At the beginning of this season, no one and I mean NO ONE gave Joe C a chance of being in the NBA Draft conversation.

Joe will beat the odds and make his way onto that Lakers roster. Give him a couple of years and this fellow is going to be a starter. I know. I know. IMPOSSIBLE.

Nonsense. Joe is a fighter. And he was given a new lease on basketball life when he bought into what Coach Gillispie was selling. If Joe had benefited from Gillispie as Coach from the beginning of his College career, he would have gone 1st Round. Probably after his Junior year.

Joe came out of HS a McD AA. 3 years of Tubby served as a period of regression and zero discipline. 1 year of Coach G took Joe back to being a true baller. A prospect with a future and potential. As long as Joe stays hungry. He’s been given the tools to be great again.

To all of those LA fans out there. You are getting a tough nosed defender. A guy who can take it to the hole. A guy who can score. Joe stays healthy and drops about 10 to 15 pounds and picks up the speed that being lighter will give him, he’ll be a much better offensive weapon. The dude has been at 85% the past two years and he was still a beast for the Cats.

Joe was injured off and on the past two years. If he stays healthy, he’s gonna be a force in the NBA. He’s got the same potential to make an impact that both Prince and Rondo had. He’s accustomed to the limelight. Those LA stars aren’t going to phase Joe. I don’t think LA is going to be disappointed in this pick.

Congrats again to Joe Crawford and to the Lakers. This will be one move that they won’t regret.

Pat Riley, a member of the famous Rupp’s Runts, played in the 1966 National Championship game. Whiile in the NBA he played on one NBA Championship team (L.A. Lakers) and coached 5 NBA Championship teams (the 80s Showtime Lakers and the 2006 Miami Heat). The man was a coaching genius who could get multiple star caliber players to mesh into a cohesive team and win. No easy feat. Especially in todays game. He, also, took the ’94 Knicks to the Championship game but came up short that year. No one has been able to do much with the Knicks since.Coach Riley joins his mentor and Coach–Adolph Rupp–in the Hall of Fame as well as NBA greats like Red Auerbach and other legendary NCAA coaches such as John Wooden.

Congrats Coach Riley on a great honor and an incredible and exemplary career.

This is an excellent article on Coach Riley by Rick Bozich of the Louisville Courier Journal.  (article here)

“I wish that coach (Adolph) Rupp, Harry Lancaster, Joe B. Hall, Mr. (Bill) Keightley and Louie (Dampier), Larry (Conley), Thad (Jaracz) and Tommy (Kron), God bless him, could be here to share this moment with me because the University of Kentucky was a special time in my life,” Riley said.

Indeed it was. Riley arrived at UK in 1963 from Schenectady, N.Y. He credited his basketball development to all 16 of his coaches, starting with his first coach — his father, Leon, a minor league baseball player.

At UK, Riley said he was assigned to share a room with Dampier, another freshman, from Southport, Ind. Riley had not begun to slick back his hair, but he said when he pulled out his blue-suede shoes and fancy clothes, the more conservative Dampier flinched.

Said Riley: “Louie had to be thinking, ‘You’ve got to be kidding me! I’ve got to live with this guy the next four years?’ “