Here they are folks.  This years Kentucky Wildcat Basketball Team.

*Coaches in Black, Players in Blue

LEXINGTON, Ky. — John Calipari says he has felt like a political candidate during his first six months as Kentucky’s basketball coach, generating new hype with each campaign stop across the state even while trying to temper some lofty expectations.

“I’ve done enough,” Calipari said Thursday at the first official media day since leaving Memphis. “I’m waiting for election day. I was kissing babies, and I didn’t care if I won or lost the election. I just wanted it to happen.”

Calipari is well aware that the passionate UK fans care strongly about whether he wins or loses. They want wins — preferably in bunches.

The program’s recent buzz has been sparked not just by its energetic new leader but by his debut recruiting haul, a freshman class arguably the most touted since Michigan’s Fab Five.

Yet unlike that 1991-92 Wolverines team that reached the national title game with five freshman starters, Kentucky has plenty of experience to go along with the new blood. Patrick Patterson was an all-Southeastern Conference center last year during Kentucky’s National Invitation Tournament season. Kentucky’s roster is so deep, Calipari envisions Patterson playing some wing this year.

This is going to be a hell of a year.  Big Pat is back on the scene with a mission.  He’s got help from incoming Frosh John Wall, Big Cuz, Orton and Eric Bledsoe as well as Darius Miller and the remainder of the returning team.

Big things are expected and these guys can take care of business and meet those expectations.  I can see making Final Four this season.  Of course, everything will have to go right for the team.  Keep the injuries down.  Cohesion and Esprit de Corps will be important factors.  With the Cal DDS system, there should be plenty of PT for all of the stars that make up this team.  Cal has been to two Final Fours and I can see this being his 3rd with the possibility of going al the way to the Title Game and bringing home banner #8.

A year that doesn’t end in a National Championship will not be catastrophic.  Less than a Final Four would surprise me.  I see this team slicing through the SEC like a hot knife through butter.  I’m sure there will be challenges, but, I see enough talent to overcome a few bouts with youth and inexperience.

Everything I read about John Wall says that the kid will be an instant player for Kentucky and Coach Cal.  Big Cuz is supposed to be a monster.  Daniel Orton should be a beast down low.  Eric Bledsoe may be better than advertised which would be impressive as he’s supposed to be a future lottery pick.  Darius Miller can take care of spot duty at the point and become an assassin on the wings.  These things take place and it’s gonna be a huge year.

Bottom line is that Patrick Patterson didn’t come back for the hell of it.  The man came back to get his.  I’m hoping he gets it.  Patrick Patterson leads this team to a Championship this year and he will go down in history as one of  THE greats of Kentucky Basketball.  He could well supplant Dan Issel as THE GREATEST. 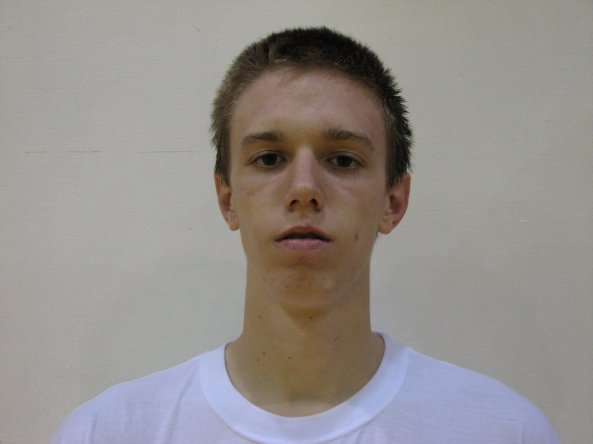 The 6’6″ 180lb prospect commits to play for Billy Gillispie and the University of Kentucky. Now that’s what I’m talkin’ about. I can’t remember the last time that a Kentucky Kid committed to the Home State University this early.

Yes! It’s a new day. Kentucky is returning to being Kentucky. Instate talent no longer has to ponder whether being yoked by Tubby will hurt their career or NBA potential. I think that Hopson will be the last of the big time Kentucky and Regional talent to snub Kentucky.

Congrats to both Coach Gillispie and Jon Hood on a bright future together.