Apparently, if one is famous one can issue actual threats of violence and death in Twitter.com.

If one is not so famous, one must kowtow to the fascist dictatorship of Jack Dorsey and his minions.

My account at Twitter was suspended because I told the totalitarian turds in power in Iran that I hoped that they were next. Dorsey loves his mass murderers, dictators, religious fascists and terror lords. Dorsey hates freedom of expression.

Dorsey should move to Iran or China. He will fit right in.

May he burn in the Islamic Hell. 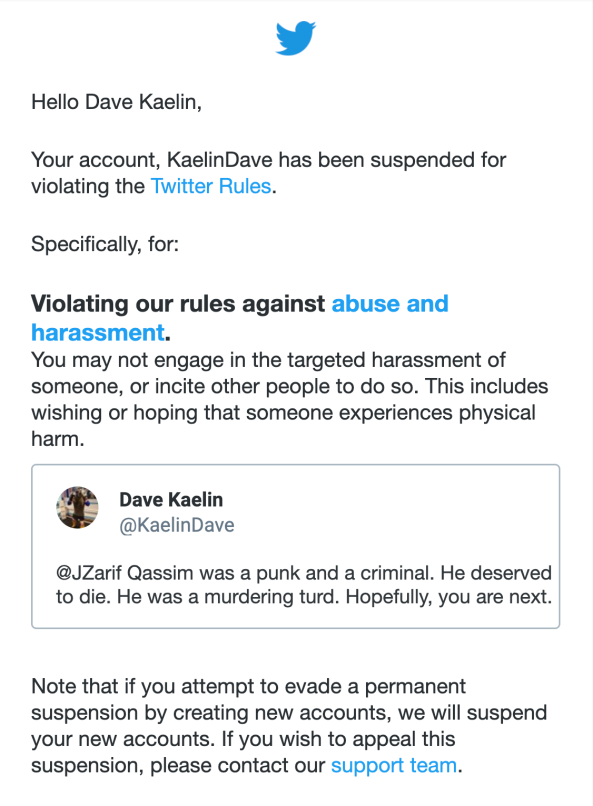