Where are you from?

Were you born here?

Only in America are people so offended by those simple questions.

Why are Americans so easily “traumatized”? Is it simply fashionable for the people of the wealthiest and one of the most modern and comfortable post Industrial societies in the World to feign trauma and outrage? Does this highly public and publicized outrage and virtue signaling some kind of national symbol of America being out of touch with reality? Americans commit suicide at an extraordinary rate. Children the world over are truly and violently victimized. In places like India, women are gang raped in what is almost a regular, daily and real outrage. Women in the Islamic world are forced into rooms to be kept out of the eyes of men for the honor of their husbands, fathers and brothers. In these same places, women are forced to be chaperoned and covered lest they be outraged, raped and beaten. 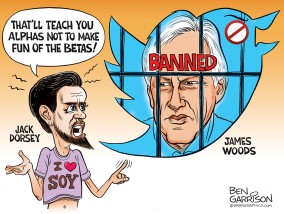 Yet, in America, we are [faux] outraged and censored even when we question others over such small “offenses” as the use of pronouns. We become incensed and feel victimized when someone innocently asks us the nature of our origin or citizenship. Americans become unhinged when women are asked to prove allegations of rape and harassment. The Left becomes enraged when a woman is not automatically believed when they bring twenty year old allegations to light against a candidate for Supreme Court.

The world over, there are real and ongoing violent and truly outrageous events and incidents. In Africa, women are being kidnapped, raped and enslaved. In the Middle East, women are beaten for appearing in public uncovered. Children the world over are murdered, raped, kidnapped and enslaved by suicide bombers and apocalyptic groups like al Shabab, al Qaeda and the Islamic Qaliphate.

White Guilt Liberals: The Most Offended Animal on the Planet. Inventor of the Virtue Signal.

Religious minorities are persecuted in these far away places. When I say persecuted, I don’t mean that they are forced to say “Happy Holidays” instead of “Merry Christmas” or that they are being outraged by having a Christian wish them Merry Christmas. I speak of true persecution. Religious minorities are being denied basic human rights. The right to assemble and worship. The right to believe as they see fit. The right to leave one religion and enjoin another without being put to death.

In America, women believe that they are being persecuted if all members of their sex are not wholly believed regardless of facts and events when they bring allegations of rape or harassment. Despite the fact that many women out there use sex as a weapon against men. Women were outraged when Trump stated that women will allow wealthy and famous men to do anything including grab them by the pussy. Donald Trump is regularly, wantonly, deceptively misquoted on this point by the left.

Instead of the Left being honest and admitting that women do, in fact, use sex and attraction to gain entry into upper circles of society, they instead decry Trump for speaking to the fact honestly because they are offended by his vulgarity. The Left being offended by vulgarity after decades of promoting vulgarity is beyond obscene. It’s pornographic.

In the end, Trump never stated that he had grabbed anyone by the pussy. He used that as an example of what women will allow men to do in exchange for access to wealth and fame. Those women who are called gold digger by all segments of society.

In America, if a Black person decides that he or she wishes to dissociate themselves from the Democratic Party, the Left attacks. This is the same Democratic Party that accuses anyone else of Racism for questioning anything thing a Black Democratic Party member might do. It is, apparently, acceptable for a Democrat to speak in the most bigoted terms of “minorities” when those same words would bring the wrath of Jack Dorsey’s hypocritial twitterati down upon an Independent, Libertarian, Republican or anyone else not directly associated with Alexandria Ocasio-Cortez and her lynch mob.

America is addicted to outrage. Faux or otherwise.

Having lived outside of the United States for the better part of three decades, I see it clearly. The Left has made rational debate impossible. The Right has slowly joined in on the incessant faux outrage and constant virtue signaling and emotional manipulation. It is as if the whole of the United States of America is going through some form of emotional trauma brought on, not by actual abuse, but the unavailability of a favored flavor of Starbucks Coffee. 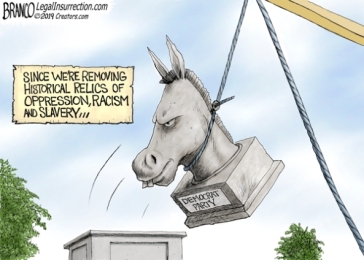 The KKK is flapped about incessantly as if they are some kind of existential threat to American culture and political life. Yet, the KKK’s membership is known to be but .003% of the total population of the United States of America. White Supremacist kill less than a third of a percent of those killed by American Law Enforcement. Yet, if we listen to the mad ramblings of Don Lemon, we would be led to believe that White Supremacists are setting off suicide bombs in our department stores, supermarkets and shopping malls on a daily occurrence.

Today, Liberty is being besieged again. This time by Democracy. national outrage and virtue signaling. Americans, especially the naive socialists amongst us, would surrender Liberty for a little security from words. Americans would exchange our natural rights as humans in order to be protected by the State from being offended.

This is the age in which we find ourselves. Americans who are too weak to hear words. Americans who willingly surrender the right to freedom of association, contract, assembly, speech, religion and the right to self protection to the State and a hand full of technology corporations such as Jack Dorsey’s Twitter and Mark Zuckerberg’s Facebook in order that a few harsh words might not upset them for a few seconds. Americans today would rather silence dissent than tolerate differences.

Americans of today will bring about the destruction of Liberty. 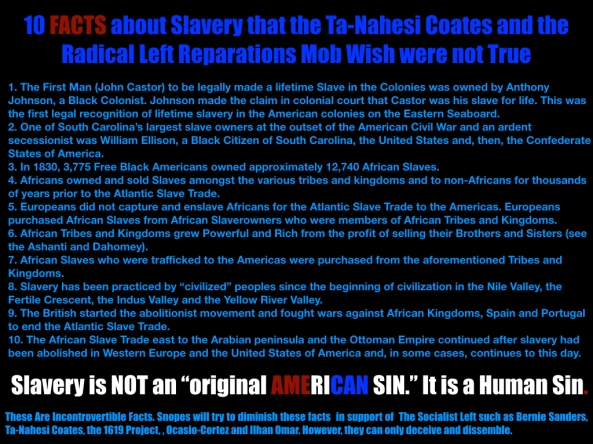 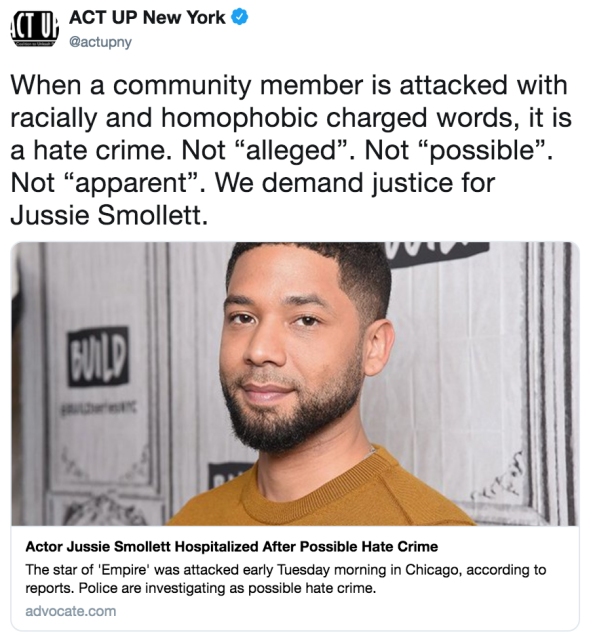 Jussie never got his Justice. He was protected from it by the same people who demanded that justice be brought down upon the mythic White Supremacists whom he claimed attacked him. 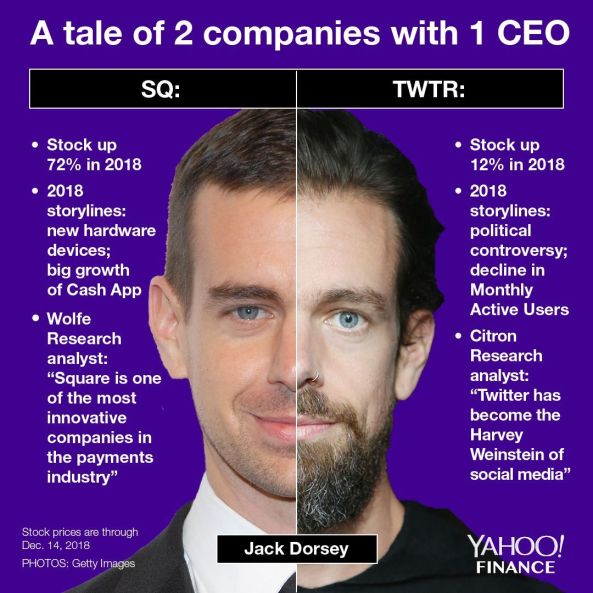 I’ve been around the world. I’m asked all of the time; “Where are you from?” I’ve been asked this since I moved to Georgia when I was 12. It never occurred to me to be offended. I’m often mistaken for a “foreigner” in America. I’m, quite often, told that I’m not really an American any longer because I haven’t lived there for such a long time. It never occurred to me to be offended by this. I was often made to think or to pause. What truth is there to these questions and statements.

I have friends and acquaintances from all over the world of many religions, nationalities, sexualities and ethnicities. Yet, when I come to the United States or interact with Americans, I am sometimes accused of being “racist” or of being a “White Supremacist” because I don’t agree with White Guilt, White Privilege or because I don’t fall in line with the current randomness of LGBTQ radicalism.

America is not sane. It is THE most privileged Nation on the planet. Yet, nearly everyone believes themselves to be a victim of some sort.

If it weren’t so sad, it would be funny.

I’m glad to see that folks like Dave Chappelle and Ricky Gervais are fighting back and attempting to bring some sanity back to American discourse and life.