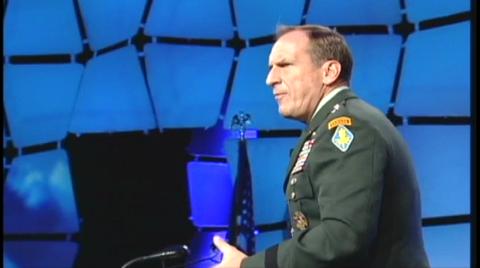 Why is the Army in the business of charging people with adultery?

Why can’t the Army get out of the adultery business?

This guy wasn’t the average adulterer, though. He actually used his staff and military funds to buy presents for his fornicatress.

The Army inspector general was unsparing: The two-star general had an inappropriate relationship with a woman and lied to investigators about it, made his staff buy sexy clothing for her, subjected his underlings to racist and sexist emails and allowed himself to be photographed with another woman licking the medals on his formal dress uniform.

This guy who was obviously guilty of violations of UCMJ Code and Behavior Unbecoming of an Officer, much less a General Officer, was allowed to retire. He had top cover from GEN Martin Dempsey. More than likely, Custer and Dempsey had known each other a long, long time. Custer probably had the goods on Dempsey. Aside from being a fellow General and being good buddies, Dempsey more than likely feared what could be released to the Army Inspector General’s Office by John M. Custer.

So, Dempsey cleaned the record, provided top cover and lied by omission to the American Congress. 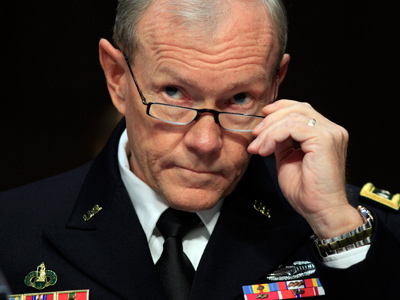 Generals cover for Generals all of the time. General Keane, whilst Commanding Genera of the 101st Screaming Eagles, was picked up for DUI on a near weekly basis. Cover and Concealment was provided and Keane was promoted to the Pentagon.

They tattoo a HUGE LETTER “R” on one’s forehead and crush you. Oft times, they don’t stop there. Unsatisfied with merely ruining a career and kicking one out of the military. They proceed further and attempt to leave a permanent stain on the record. Removal is not enough. They desire more than anything to hand out that DD Form 214 with a General or Other Than Honorable Discharge. It sounds a bit like a bad villain in a James Bond knock off.

Officers are quick to break out the Uniform Code of Military Justice on an Enlisted Soldier or a junior Officer. Field Grade and General Officers are quick to preach and ruin careers.  GEN Petraeus and MG Custer have ruined careers over adultery. GEN Keane ruined careers over DUI. They like many of their peers were guilty of the same acts. Other Field Grade and General Officers are fully aware of the behaviors of these Officers. Yet, nothing happens to a General unless they are found out by the media or some other source which can hurt the image of the Army. The Marine Corps, Navy and Air Force are guilty of this same behavior.

I currently work with a guy who was charged with adultery and drummed out of the Army. This person was a Captain at the time. He was legally separated from his wife. However, the Army does not recognize legal separation. One is either Single, Married or Divorced in the Army. If you are active duty, remember this.

This former Army Captain was charged with adultery by none other than, then, MG John M. Custer III. Apparently, simultaneous to Custer administratively processing this person out of the Army for violation of the UCMJ over adultery, Custer, himself, was in an adulterous affair.

Custer’s impropriety occurred whilst Custer was married but was swept under the rug by GEN Dempsey. The Captain was harassed and charged with adultery despite the fact that he was legally separated.

I’ve seen these actions happen time and again in the US Army. A Staff Sergeant at my unit in Fort Belvoir was given Article 15 and reduced to Sergeant. He was administratively removed from the Army. His crime? The appearance of impropriety with a soldier in the same command. The Battalion Commander could not prove that he had done anything wrong. However, he could trump up a charge and ruin this man’s career. At that same time, this Battalion Commander was having an affair with the wife of an Non-commissioned Officer in his command. Nothing was ever done about this. No investigation. No charges were ever proffered. The whole affair was swept under the rug and the Battalion Commander was allowed to retire.

Will the Army every resolve these issues? I have no doubt that it will not. As long as there is a US Army, there will exist the *RHIP attitude amongst General Officers and these same men and women will protect those whom they deem loyal to themselves.

No one in Congress cares. No President cares. The little guy will always get the short end of the stick. 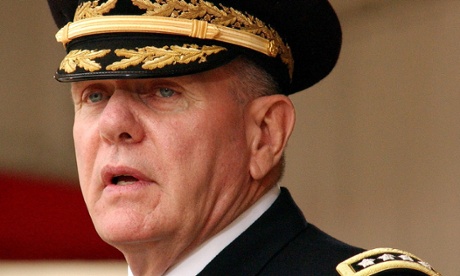