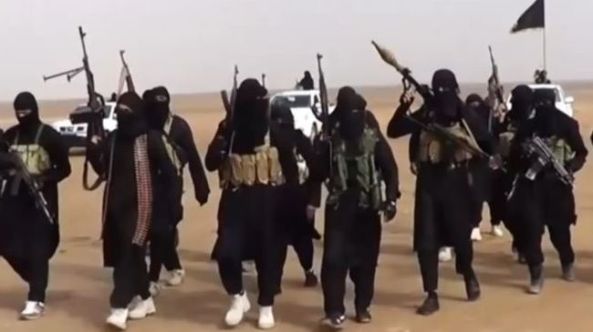 Saudi Arabia exports more terrorism in the form of its decrepit Wahhabi creed than all of the others combined.

Iran is a chia pet by comparison.

The Great Triumvirate of the United States of America, China and Russia have terrorized the world with impunity since the close of the Second World War.

France, the UK and Germany are all too willing accomplices to any and every US adventure that comes down the pike.

Iran selectively defends the Shi’a community via the IRG and the Party of God (Hezbollah). They imported Hezbollah to Lebanon. They support factions inside of Saudi Arabia, the Houthis in Yemen as well as other places. Iran will also selectively support Sunni terrorists otherwise known as Wahhabist Saudi Arabian created scum as suits their needs.

Israel terrorizes the Palestinians and occasionally Southern Lebanon. Israel has attacked nations such as Iraq and Iran preemptively.

The Palestinians terrorize Israel and their own people. The Palestinians attempted to depose the King of Jordan. They’ve also raised a bit of hell in Lebanon and Egypt. There is also the actions of the PLO under Arafat and assorted other madmen.

The other nations of the Middle East and Central Asia mostly terrorize their own people. Only occasionally sending out State sponsored Wahhabists and assorted other misfits to further their political ends.

Pakistan created the Taliban out of the anti-Soviet Insurgency, orphans from that war and the Wahhabist Madrassahs that were established by the Saudis. They were established, equipped and used as a hedge against Indian influence in Afghanistan and as well as a buffer against Iranian influence.

Yes, the world is fucked up.

One comment on “Biggest Terror Organizations in the World”