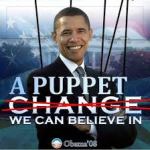 When it comes to other nation-states, the Left seems to be all for secession. However, in America, the Left is pro-Centralized State and against secession.

The Left prefers, instead, to hold people in a union against their will. When the subject of secession is broached in America, the Left cries “redneck” and asks; “how’d that work out for the South?”

Why the double standard?

Americans, where freedom and liberty are supposed to be the standard bearer, are, according to the left, not accorded freedom to choose association on the Nation-State level. This privilege is only for Serbians, Kosovars, Albanians, Macedonians, Ukrainians.

However, even in these instances, these peoples are only allowed to enter into secessionist activities if they are seen to be oppressed by European Whiteness and Christianity.

Apparently, White people and Christians, or even those loosely associated with Whiteness and Christianity, are no longer allowed to be free unless said freedom is pre-approved by the Western Leftists.

I think it is time to put down the Left. Unfortunately, the right is hideously contorted into absolutist fundamentalism and the independents in America are too dysfunctional to take a stance on any matter.

The Center of America is too idle or too easily swayed to comprehend that neither the right nor the left are looking out for their liberty or rights.

The American Political Parties represent a mere 40% or less of Americans. More than that, the American political parties true loyalties lie only with lobbying corporations and not with the American people. Corporations have chosen sides with the GOP and/or the DNC against America and Americans. Yet, there is a whole class of people in the middle who are neither Left nor Right. The Wars in America are between two parties that are run by monied interest. America is in the middle of this war and is victim of this war.

What can be done about this? Who is willing to stand up against the GOP, the DNC and their Banking & Corporate masters?  We have not had a President of, by and for the people since before the Gilded Age.  There will not be a National leader under the banner of either party who will stand for the people.  The GOP and DNC stand for Corporations.

It will be left for the people and these people will be accused by the GOP/DNC puppets of being extremists and terrorists.  Anyone brave enough to stand up to the system will be persecuted.  These persons will be vilified.  All GOP and DNC “patriots” will oppose them.  One has to believe that with 60% of Americans not truly identifying with either the GOP or the DNC that the majority of Americans believe that we are heading down a wrong path.  Yet, this 60% has no voice.

Where is our voice?  Who can stand up to the puppet masters?