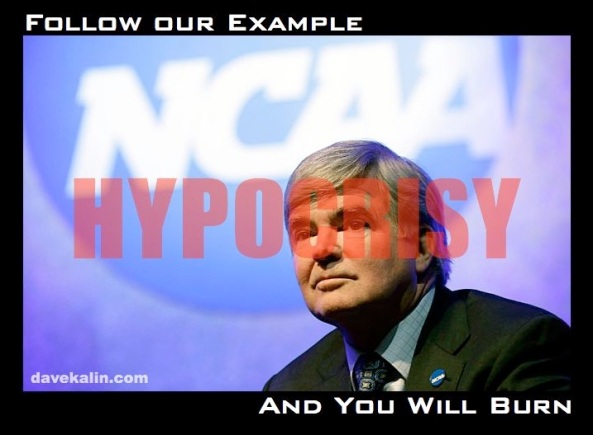 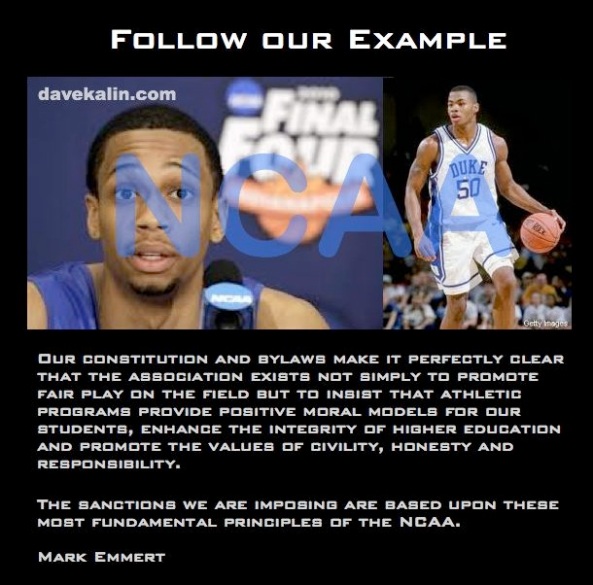 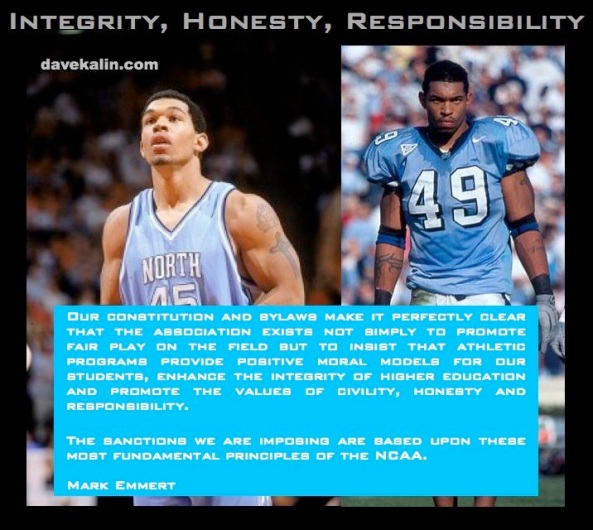 The NCAA ran roughshod over any and every line, in an attempt to prove that some extra benefits were provided.  In doing so, they crossed moral, ethical and possibly legal lines.The University’s lawyers were too scared to call foul on the NCAA, for fear of getting retribution for being uncooperative similar to that with USC was hit.  That’s correct; the report stated that an institution was afraid to defend itself because the NCAA punishes schools that do just that.  And the report saw nothing wrong with this, actually using it as a defense for the NCAA saying that the NCAA would have known they were doing wrong had the University’s lawyers said something. When it was discovered that the NCAA did in fact act improperly, they initiated an EXTREMELY narrow investigation designed to not look into almost all of their investigative activities.  This is completely the opposite approach that the NCAA uses when dealing with schools (Reggie Johnson was suspended 1 game for things completely unrelated to the Nevin Shapiro case, because the NCAA decided to comb through Miami’s entire athletic department after Shapiro opened the door). The NCAA used a scalpel to exclude exactly the information that was related to the depositions (directly or indirectly), and NOT exclude anything else even though they now know their investigator was corrupt and had contempt for investigative rules and fair play.The NCAA declared themselves a just and good organization despite this foul play reaching the highest levels of the NCAA organization and ignoring the fact that this foul play was in fact the result of investigators acting on Emmert’s own instruction to get “creative.”