“You’re familiar with the old written law, ‘Love your friend,’ and its unwritten companion, ‘Hate your enemy.’ I’m challenging that. I’m telling you to love your enemies. Let them bring out the best in you, not the worst. When someone gives you a hard time, respond with the energies of prayer, for then you are working out of your true selves, your God-created selves. This is what God does. He gives his best . . . to everyone.”
– Jesus (Matthew 5:43-45 The Message)

Islam has a version of the Golden Rule.  The problem with this Qu’ranic exhortation to “do unto others as…” is that it applies ONLY to fellow Muslims.  It is not all inclusive.  It is exclusionism at it’s worst.  The Qu’ran exhorts it’s followers to kill the unbeliever and to NOT treat with the unbeliever.  There is no universal Golden Rule in Islam unless you are a fellow Muslim or until the whole of the World “reverts” to Islam.  Those are Muhammadan commandments.  This is clearly spelled out in the Qu’ran and expounded upon tirelessly in the Hadith.

Christianity is on the verge of returning to it’s old ways.  It is becoming a religion of exclusion.  Counterfeit outrage and unfounded claims of persecution abound within the Christian realm of America.  Christians see more ghosts lurking in the shadows than McCarthy at the height of the Great Pink Scare of the Cold War.

Go back and read the words of your Savior.  Stop spreading hate and discontent towards others who are not like you.

Instead of forcing others to become Christian in order to receive your charity and kindness, be truly charitable and kind without expectation, without demanding reciprocation and without the quid pro quo.

In the northern Hill Tribe area of Thailand, Christians are doing excellent work.  However, that assistance is only available to those who are willing to become pretend Christians or who are willing to be indoctrinated and attend Church services on a regular basis.  The Hill Tribe people are required to convert or at least “shamvert” in order to receive services, education, food stuffs, etc.  This is not charity.  It’s trickery.  It’s deception.  It’s dissembling.  It is an outrage.

Christians and Muslims loudly proclaim that theirs is a religion of peace.  They say that they are a boon to mankind.  Prove it.  I do not see it.  In Islam, I see continual strife and violence against the unbeliever.  In Christianity, I see exclusion.  Too much hell fire and brimstone and not enough Faith, Hope and Love.

Come to the light.  It’s warm and lovely therein. 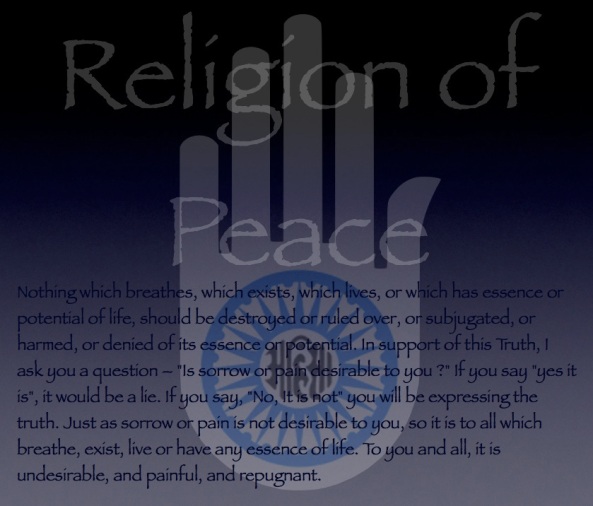