People have this strange idea that the whole time that we are in Afghanistan that we are supposed to be automatons with no life.  Just being in Afghanistan is stressful.  Some folks work 12 to 16 hours a day, 7 days a week for 4 to 6 months at a time.  Then take a 2 week break and are right back at it for another 4 to 6 months.  No one can keep that up and stay perfectly sane.  That’s why folks risk getting arrested, kidnapped, murdered to have a breather.  You lose perspective over there.  A beer or a brick of hash (for some) or even a Hershey’s chocolate bar that hasn’t been melted in the mail is gold…it’s a freakin’ break from a different reality.  Sometimes, I dreamed of being able to take a piss or take a hot shower without having to walk through 100 feet of snow or freezing rain.  I had dreams and fantasized about being able to sit somewhere private and undisturbed.  There were some days where I would have paid a thousand dollars for a few hours of privacy wherein I couldn’t hear the people in the next room breathing, snoring, listening to music or having sex.

My cousin asked me a few months back what I thought was a strange question.  He asked me how I slept.  I was taken aback.  I just slept.  I couldn’t fathom why he was asking the question.  He explained his question.  “How can you sleep knowing that at any moment there might be a suicide bomber attacking the gate or a rocket inbound or an attack on the base or even a sniper in the hills?”  (Not an exact quote but close enough)  I couldn’t explain it.  I guess some of us become inured to it all.  We adapt psychologically.

The last time that I was scared of dying was in ’91 when Kim, Il Sung died.  I was stationed in the DMZ in South Korea at the time. The pappy died.  The son (Kim Jung Il) decided to be a dick.  Everyone of us who were on that Camp above Freedom Bridge thought we were about to die.  We lived with that “knowledge” for about a month before things went back to normal.  Since then, fear of death doesn’t enter my frame of thought.  When I die, I die.  It’ll more than likely be a time and place not of my choosing.  That accounts for a lot of my actions.  I’ve been close enough to death for it to wink at me and blow a kiss.

That doesn’t mean that I’m brave or think that I’m courageous.  I think what it means is that death has become meaningless for me. 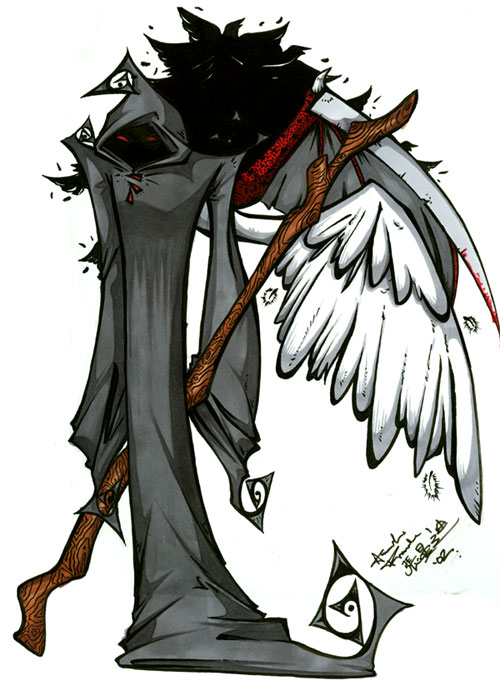