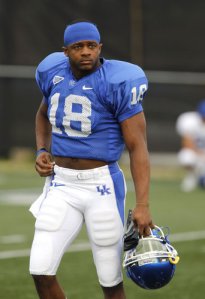 Tubby Smith is not doing so well at Minnesota.  Soon, he’ll be on the hot seat.  When that happens, the media and others will start talking about his time at Kentucky again.  Inevitably, they’ll drag Kentucky over the coals again.  Kentucky fans will be called racists again.

They’ll ignore the fact that we actually did want Billy Gillispie fired after a mere two seasons.  Gillispie is white.  So, that doesn’t fit the stereotype.  If Kentucky fans wanted Billy G gone after two years and gave Tubby nearly a decade to get it together, well, that doesn’t fit the agenda.  That makes it seem that Kentucky fans are simply crazy in a basketball sports fan manner.  It kills the idea that Kentucky fans hated Tubby Smith simply because he was Black.  That won’t do.  The hurts the media agenda to paint Kentucky and it’s fans as backward, unrepentant racist who wish for nothing more than a return to Jim Crow.

We can’t have that.  What would Michael Wilbon whine about?  How will he justify his rants against Kentucky fans?  Dick Vitale would have to admit that Tubby Smith actually failed at UK and his over emotional, lunatic rants and pleas were over the top and unwarranted.

We can’t have that.  That would require an admission of error.  Heaven forbid!

The racist thing is overplayed in America today.

How is that possible?

Tubby didn’t measure up. It had absolutely nothing to do with his skin color.

Those same “racist” fans turned on Billy Gillispie faster than they turned on Tubby Smith. Billy G is a white guy. So, do Kentuckians hate white people as well or do they dislike losing ten games a year and consistent team turmoil.

Could it be that what they wanted was a winning coach who understood the passion that they have for Kentucky Basketball. Kentucky Basketball is supposed to run the fast break in a way that makes Kentucky Derby thoroughbreds look like snails in hibernation.

That wasn’t Tubby ball. Ball Line D was and is boring. Especially when Tubby is recruiting scrubs out of Canada and Fordham to run it. THAT was the rub. 99% of Kentucky fans couldn’t have cared less about the skin color of Tubby. If the guy would have come in and rolled like Pitino or Calipari, they’d be naming their kids Tubby and Orlando. These same Cat fans bitched and moaned about Joe B. Hall for the whole damn time that he was there. Joe B, Hall made 3 Final Fours and won a Championship with his own team.

That is not to say that Kentucky doesn’t have its share of racists. Then again….so does Minnesota and every other state in America.

I don’t know how anyone can say with a straight face that the people who love John Wall, Anthony Davis, MKG, Jamaal Mashburn, Derek Anderson, Jamaal Magloire Demarcus Cousins and Jack Goose Givens, Chuck Hayes, Patrick Patterson and the football talent that is Randall Cobb hates Tubby Smith due solely to his skin color.

That won’t stop the media from standing by their lies and erroneous assertions.

Minnesota will eventually fire Tubby Smith unless he decides to retire after this year.  When that happens, the reason will have nothing to do with Smiths race.  It will be his record and his inability to take the Gophers to the next level.  When you pay a Coach a Top 20 Salary, you expect Top 20 results.  That’s the bottom line.

Smith is no longer capable of Top 20 results.  He hasn’t been for some time.  Minnesota is slowly coming to this realization.  Too late, though.  They’ve wasted 4 years and nearly 8 Million dollars learning what Kentucky learned in Tubbys last 2 or 3 years.

There’s a lesson there. 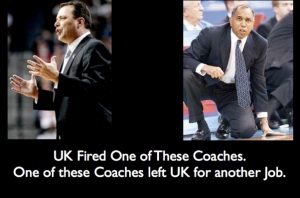 3 comments on “Kentucky Basketball and Racism”