We graduated our first class of 2008. The Big Man–MG Ak– wasn’t around so BG Ali Khan was our Master of Ceremonies. The ceremony usually consists of the General giving a few “encouraging” remarks to the class. Then I stand up and announce the names.  I may make a few remarks first.  Sometimes, I don’t.   The students walk up as I call their names off and a ranking officer and I and a guest or two congratulate the student and hand them their course certificate. The students walk up. Salute the General. Sometimes, I get a little confused. Because I feel like they are saluting me as well. So one in a while, I’ll return an awkward salute. The student is then handed their certificate and whomever the presenter is shakes their hand and congratulates them.

Everyone involved seems to really enjoy these ceremonies. The Generals get to show up and wax poetic or harass the loggie students. The students get recognition. I get a buy in to my classes and my job security. haha Our guests and other attendees get some nice cakes and cookies and some of that good old Afghan (Indian) chai. And, of course, I enjoy talking to the Generals and other Officers. I thoroughly enjoy this job. In case, anyone hasn’t caught that.

After the certificates are presented and a few more remarks by the Regional Press Officer COL Arkuni (I think), BG Ali Khan invites me to sit beside him. He offers me a cookie from the desert tray. Once I take one, that is the signal for everyone else to eat as well. It’s all so formal that it makes me laugh at times. Then we sit and chat for a bit. I didn’t realize it at the time but everyone was watching and listening to us talk. I get fairly animated in conversation as you can see in the video. Sometimes, I don’t pay attention to anything or anyone else. I tell the General that this class was our best. My favorite so far. The Officers were engaged. They actively participated. Even got heated a few times . I enjoyed the exchange even as the students attitudes towards one another sometimes confused me.
Once the General and I conclude our conversation. BG Ali Khan gives a nod and his assistant barks the room to attention and he exits.

That concludes the festivities.

This class was exceptional on many scores. At one point, LTC Khoda Daad was talking too much for one of two of our other students. Sayeed Mohammad stood up and told him that if he knows so much, he should teach the class. At first, I thought he was telling me that I was a poor teacher and that he’d rather hear LTC Daad. I finally realized that he was telling LTC Daad that I was the teacher and he should listen more and talk less. I laughed. It seems that in every class we have what I call the “question man.” This is a guy who will ask a question or two every hour. Sometimes more. When Afghans ask a question, it is extremely formal. They stand up and very respectfully state their question and it seems that it goes on and on. Usually, the question is loosely based on the class. Often, they will be asking something to the effect of how should they enact a certain policy if their commander will not enforce it or actively opposes it. This is a large and loaded question. In Afghanistan, policy quarrels can result in death. Often times, the issue is money. Active property management may keep a corrupt official from earning his extra-occupational funding for the month. An active logistician will keep money out of a corrupt officials pockets. In Afghanistan, these things are often settled in violence. It’s a hard line to follow. If the Logistics Officer is hard line, it could well result in violence against him. Is it worth the risk to life to call out your Commandhan over a policy matter. You may be staking your life, your families health or your career. I have to present the course and answer question with that in mind.

On breaks, we sat and talked politics, religion and culture. We even watched Jennifer Lopez, Shakira and Katherine McPhee videos. We talked much of Pakistan and the eastern frontier. This is the area bordering Waziristan. The no man’s land of Pakistan’s western frontier. The home of the Taliban. They asked me why the US did not declare war on Pakistan. I often times wonder tha same thing. Politics plays heavily there. War on Pakistan and destabilize a country with nuclear capabilities. Dangers. The unknown. Who knows what becomes of the region in that instance. Could be better. Could become much, much worse.

After the ceremony, the students invite us to visit them in their respective districts. Abdul Qhayooum tells me that if I visit Bala Baluk that I should be his guest in his house. I have to tell him that this is impossible as the military and my company requires that I stay on a FOB or PRT. He understands. But that doesn’t stop other students from extending the same invitation.

Afghanis are a hospitable people. It’s part of their national characteristic. This country was famous for it’s hospitality prior to the Soviet Invasion. That is why it was a primary stop on the hippy trail of the 60s and 70s. Afghanistan is a fascinating country. It has much to offer. If the insurgents and bandits would step down and accept law and order, Afghanistan could have a thriving tourism industry. Trekking in the mountains. The history of this country extends from pre-Alexandrian Bactria to the time and conquests of Alexander to the Genghis Khan to the Moghul Empire of India. Buddhism once thrived in the North. Zoroastrians once traveled across these lands. The whirling dervishes of Sufist Islam and the poetry of Jami, Rumi and Ansari. Herat once was a major center of culture and literacy. These lands and this people trace their history back to antiquity and beyond. Such incredible adventures that could be played out in the dramatic landscapes of this country. 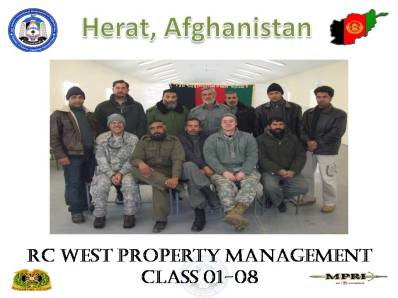