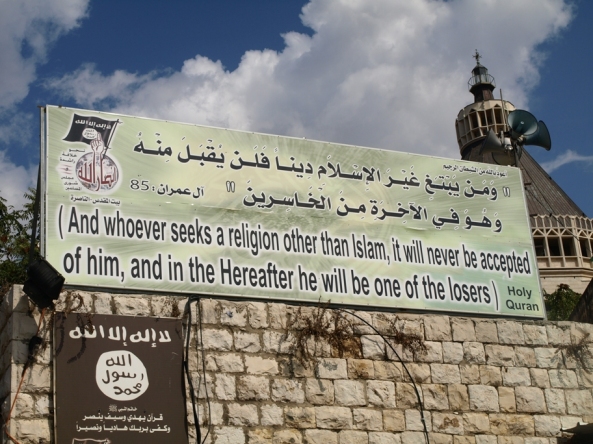 Speaks volumes to the propaganda of certain parties and their agenda to turn the tide of public opinion against Israel.  Arabs/Muslims in Israel are as tolerated/accepted and as free as those in Europe and the United States.  That tolerance, acceptance and freedom ends when the Muslims resort to acts of terror.

I felt completely safe in most of Israel.  The only time that I felt endangered was around Palestinians because they noted that I was an American and had been a soldier by a pin I was wearing and my bearing.

In the end, Israel creates life out of the desert.  Palestine does nothing but destroys and tears down.  The Palestinian leadership would much rather destroy itself battering itself against Israel than build it’s people up and create a Palestinian Nation.

That is the major difference to me.