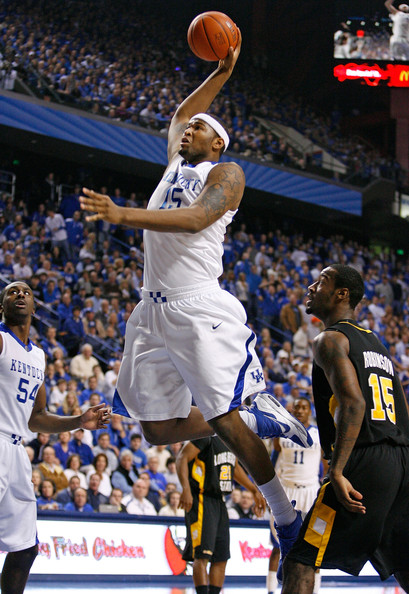 DeMarcus Cousins doesn’t answer questions after games so much as he holds court.

The gregarious freshman center is as refreshingly unfiltered as head coach John Calipari is polished. Blunt and direct, Cousins is unapologetically honest whether the topic is his sometimes eccentric postgame attire or his ability to attract controversy wherever he goes.

Yes, Cousins thinks he may be the best center in the Southeastern Conference. Yes, he believes the referees swallow their whistles sometimes when the ball is in his hands. Yes, he may have pushed a South Carolina student out of the way while trying to get off the court last week, but he didn’t punch him as at least one reporter claimed.

Hey, it’s all a part of the game when you’re “Big Cuz,” one of the handful of monikers Cousins goes by.

“I’m just doing my part,” Cousins said from behind his nonprescription black-rimmed glasses, part of what he calls his “Peter Parker” swag.

And he’s playing his part as well as any player in the country.

Cousins is a GREAT College Player.   Period.  Only a fool would deny this.  Yes!  He has a bit of an edge.  It’s an edge that Kentucky has been sorely missing throughout the Tubby “Never to High, Never too Low” Smith Era.  Not since Jamaal Magloire was recruited by Pitino has a Kentucky Baller had the attitude that’s needed to reign supreme.  Not only in Rupp Arena, but, in the SEC.

The past few years of BCG and Tubby saw Florida and Vandy come in with their chumps.  These “chumps” punked Kentucky to the tune of 5 wins AT RUPP ARENA.  Unheard of when Pitino was here.  Rupp was rolling over in his grave and screaming lamentations of disbelief.

That was then.  This is now.

The era of Big Cuz and the Great Wall.  Eric Bledsoe.  Patrick Patterson.

Finally!  Warriors on the Court.  Take no prisoners athletes who will their way to a win if the fickle Gods of Basketball aren’t favoring them.

DeMarcus Cousins is exactly what Kentucky Basketball has been missing.  He’s a character.  He’s a record breaking Beast.  He’s the King of the Bluegrass.

I love the Kid and I hope I get to shake his hand at the SEC Tournament.