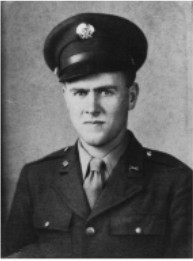 These are photos of my Grandfather and his fellow soldiers in the Pacific Theatre. Grandpa Les was fond of telling us that he served under MacArthur during the war. He was part of the post-War occupation force which entered Japan after the peace was signed. I’m not certain how long he stayed on after the cessation of hostilities.

He told us plenty of stories though. Stories of Gold and Women. Soldiers and Officers looting. He brought back a Samarai Sword set. Unfortunately, one of his sons sold it cheaply because he was too ignorant to know it’s true value. Hopefully, that sword will be returned to it’s home someday.

One story that Grandpa Les told me was of gold that he and some of his fellow soldiers looted at the end of the war. I can’t remember the whole of the story. But I’ll give an outline of what I do remember.

It seems that somehow, Grandpa and a friend came upon some bars of Gold. They hid it in their barracks for a time. But when word got out that some soldiers had looted gold in the barracks, they had to find a way to hide it. What they did was crazy. They found a well. Packed the gold in Ammo crates and threw the gold down the well. They figured that they would return at a later date. Reclaim the treasure and return to America with their riches.

In time, they were all transferred out. No one to my Grandfathers knowledge was able to get back to the gold deposit.

For all I know, there is a well somewhere near the original home of the 1st Cav Division in Japan with a small horde of gold in it. I have no idea if the story is true or if Grandpa was making it all up to entertain us.

In any case, these photos are of Grandpa Les and his fellow soldiers of the Pacific Theatre. These guys went through hell and back together and with General MacArthur. Grandpa Les was proud of his service as I’m sure the rest of his fellows were. And rightfully so.

“Never in the field of human conflict, has so much, been owed by so many, to so few!”
Winston Churchill – September 1940

“Yesterday, December 7, 1941 – a date which will live in infamy – The United States of America was suddenly and deliberately attacked by naval and air forces of the Empire of Japan…As Commander-in-Chief of the Army and Navy, I have directed that all measures be taken for our defense…With confidence in our armed forces – with the unbounded determination of our people – we will gain the inevitable triumph – so help us God.”
President F.D. Roosevelt – 8th December 1941

“It is my earnest hope – indeed the hope of all mankind – that from this solemn occasion a better world shall emerge out of the blood and carnage of the past, a world found upon faith and understanding, a worl dedicated to the dignity of man and the fulfillment of his most cherished wish for freedom, tolerance and justice.”
– General Douglas Macarthur, Supreme Allied Commander of South-West Pacific (1945)

“They have given their sons to the military services. They have stoked the furnaces and hurried the factory wheels. They have made the planes and welded the tanks. Riveted the ships and rolled the shells.”
– President Franklin D. Roosevelt (addressing women’s contributions to the war)